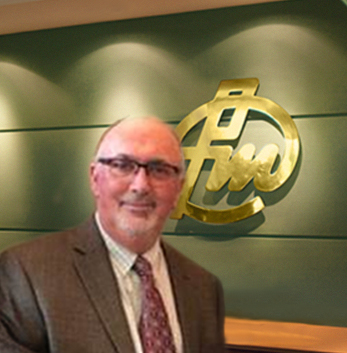 Luca Dellomodarme joined Paper Machinery Corporation as Director of Engineering in 2003. Luca came to PMC as an Engineer with experience in the paper and converting industries. He had a Bachelor’s degree in Mechanical Engineering from the University of Illinois, Champagne, IL and a Master’s in Business from Northern Illinois University DeKalb, IL. Luca began his career as a Mechanical Engineer at International Paper Corporation where he succeeded to Manager of Engineering. As a customer of Paper Machinery Corporation’s, we saw his knowledge of the industry, integrity, and business acumen.

At Paper Machinery Corporation, Luca quickly became Vice President of Technology playing a leadership role in the advancement of PMC technology through the product line. He was pivotal in the development of PMC’s servo machine line.

In 2016, Luca was named CEO when PMC transitioned to an ESOP company. He was a member of the Board of Directors and Chaired the Management Committee of PMC.

It is with heartfelt appreciation that PMC thanks Luca for his leadership, commitment, and friendship.